Saffron Korea Library Series [ISSN 1748-0477], launched in 2005, follows an interdisciplinary approach to consideration and inclusion of book titles in the series. 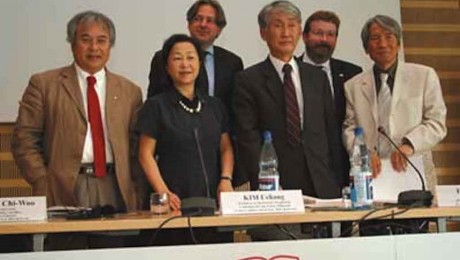 The series was devised by Saffron Books to spotlight important texts from Korea. When initiated, the publication of new titles in the series coincided with the designation of Korea as the Guest of Honour at the Frankfurt Book Fair, 2005.

Saffron Korea Library has evolved into an interdisciplinary series with an over-arching focus on art and art history, but not to the exclusion of architecture, history, literature, music philosophical and religious studies. One of the major publications in the series, Gardens of Korea, looked at Korean man-made landscapes on the Korean peninsula with a multidisciplinary perspective.

To propose titles for inclusion in the Series please contact the General Commissioning Editor, using the Contact Form.